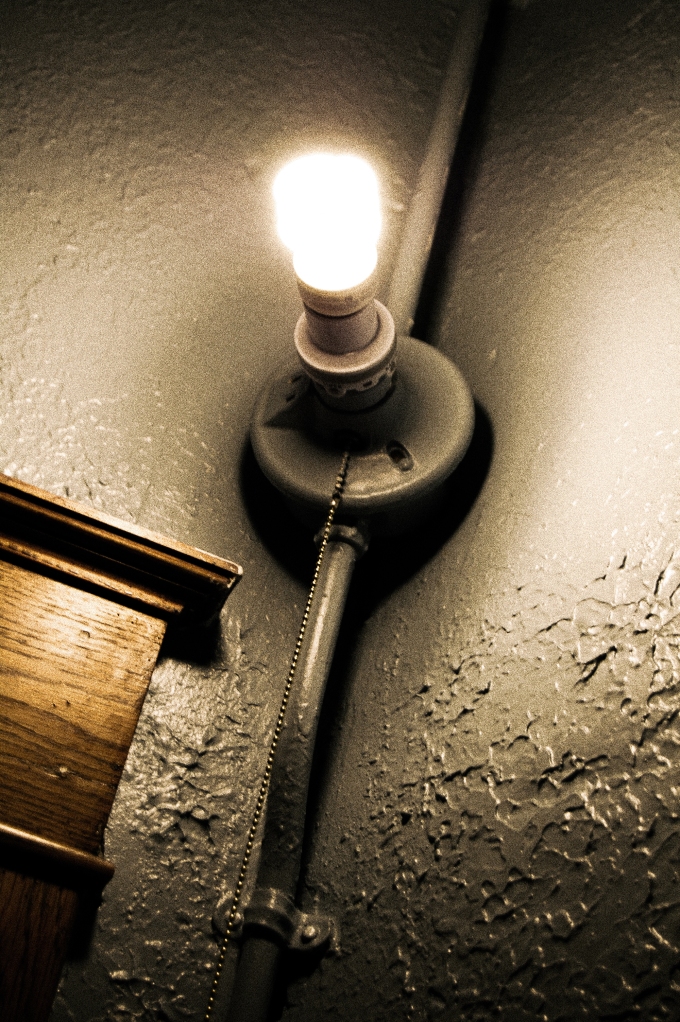 the orange bottle of pills stood there on the kitchen table, its white cap flaring upward into the jaunty easy-open position designed for the elderly or mildly confused. it was hard to get the top off when it got turned upside down and became child-safe. but there were no children here to sneak the little white tablets, and fingers and minds didn’t always work together the way they had. “28 pills,” the print-script scrawl on the side read. freshly refilled, recounted that morning. now it held 26.

the bruises were fading away, thank goodness, although newly sensitive skin still bore the marks of needle pricks. soreness on a shoulder told of bruising working its way to the surface. the right side of the body controlled the left — funny how that worked. or painful when it didn’t. still, every day was a step in exploring the new normality … if “normal” had ever been the right word to use. it probably wasn’t, but it was only six letters long, and easy to spell. five-dollar vocabulary sometimes came out hopelessly garbled. that had never been normal before. surely … surely … it wouldn’t be normal forever.

tired. oh, so tired. and on the edge of tears. not because anything had happened worth crying about, but because, after the cheery shouts of “hello!” and “welcome!” and awkwardly large smiles, life went on as before. gears slipped cautiously back into place and emitted a few rusty squeaks, but soon everything was humming again like an automaton, even if it moved at a slower speed than usual.

she rubbed the back of her neck and felt the vertebrae bulging under the surface of her skin. her bones stuck out farther now, uncomfortably jutting into the mattress when she tried to sleep. or had they done that always and she hadn’t had time to notice? no matter, either way — bones were bones and skin was skin, and as long as skin covered bones everything was the way it should be.

it itched. it hurt, too, if she slept too long on one side. not an agonizing or even noticeable pain, but a dull, throbbing sensitivity in the background of conscious thought. she could feel valleys and ridges that hadn’t been there before but were now a permanent part of her topography. the right side didn’t match the left, but that was under the surface, so no one could see. not even she could, unless she tried.

that correlated, she supposed, with the state of her heart these days. not the matching part — the under-the-surface, the unsee-able part. or perhaps she just didn’t want to see. she knew, in a way, what would be there … but looking would mean admitting it was real. and she didn’t want to do that. it was ugly, in a beautiful way that stole one’s breath.

she’d look at it again. someday.

when the threat of loneliness had lost its sting.

she hoped he hadn’t found out.